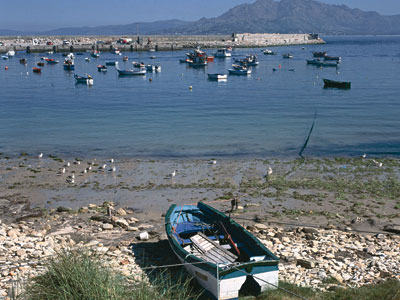 Carnota´s economywas focus, until recently, in traditional activities, agriculture and fisheries; which they were the major source of income for residents.

Fishing and marine activity had great economic and social impactdue to the marine wealth allowed to the exploitation of sea resources which employed most of the population.

During the 50’s and 60’s, like in the rest of Galicia the population decreased due to the immigration to Europe and United States. Many men became sailors in cargo ships or started working in the oil rigs in the North Sea.

It is a town that has always celebrates the value of its street markets, where their population used to buy essential goods. Since the beginning of the century the three most important street markets were held monthly, the most important takes place in the capital the days 20 and 25 each month. Nowadays a flea market with textile and local food is hold every Wednesday in Carnota and every Thursday in O Pindo. 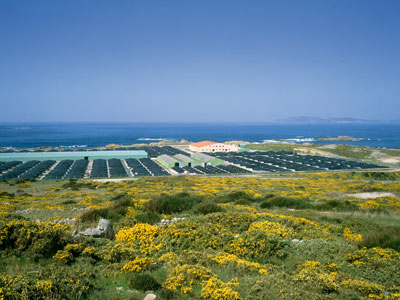 In the last few years the recovery of traditional street markets to sell local goods was encouraged. It is of special relevance the local campaign “Vindemo Ver”, a fair that takes place during Easter, in the center of Carnota, in which handcrafted items, fresh produce and seafood are displayed. Likewise the town encourages the sale of live stock and agricultural surplus as a complement to the family economy, holding a fair every first Saturday of each month.

Currently, in the primary sector there is very low demand of labor. In the secondary sector the exploitation of marine resources of the area is performed, like the fish farms Stolt Sea Farm SL, which is complemented by some canneries. The construction had had its heyday, but now, as well as all over the country suffers the “brick meltdown” and this sector is in total decline.The region has its own potential, especially in the tourism, sector that offers all kinds of services to different visitors: beaches, hiking, water sports, etc.