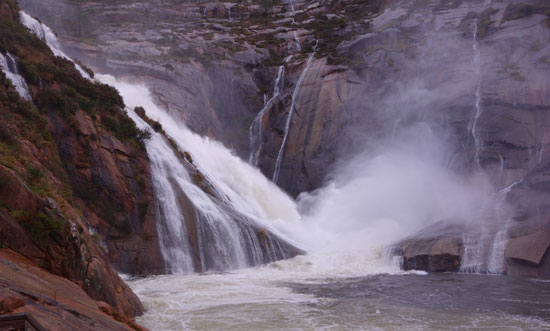 The town of Carnota is located in the western end of A Coruña, south of Finisterre, bordering with the municipalities of Muros, Dumbría and Mazaricos. Its population total is 4.605 disseminated in 66,4 squared km. The population distribution is very uneven, concentrating mostly in the valley of Carnota, in which we find a huge amphitheater surrounded by mountains and open fields that protected themselves from the ocean with dunes and reeds.

Its terrain is rugged, alternating valleys and slopes, and it does not exceed 700 meters high; the highest peak is A Moa, summit of Pindo´s Mountain. The hydrographic net consists of rivers and brooks, among them the Vadebois river, without forgettinthe Xallas that it is the limit by the north with the municipality of Dumbria (one of the few rivers in Europe that flows into the sea as a waterfall, the well known Ézaro´s Waterfall. 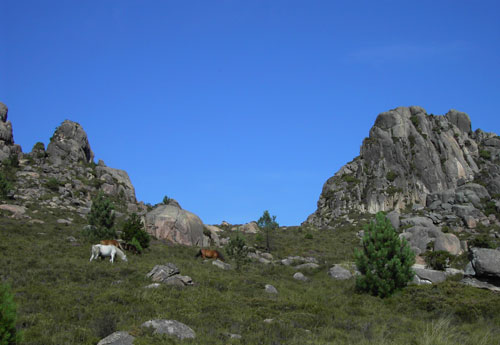 The main protagonist of Carnota is its landscape, definitely, the granite rocks of Pindo´s Mountain which formed a geomorphological natural space.

The climate in Carnota is clearly atlantic, with an annual average of 1,650 mm approximately; the temperatures are mild, the average minimum in January is 11,2ºC and the average maximum in August is the 20,8ºC.

The traditional activities were, until recently, fishing and farming but they were in decline. Nowadays we can say that local businesses thrive from the wealth of the ocean, highlighting the turbot farms of Lira and Quilmas.

The municipality has two sea ports with fishing activity, which are the port of Lira and O Pindo.